(Hong Kong, 6 Nov 2018) Hong Kong is still reeling from the impacts of super Typhoon Mangkhut after it devastated the city more than a month ago. The Hong Kong Jockey Club Disaster Preparedness and Response Institute (HKJCDPRI) commissioned the Public Opinion Programme of the University of Hong Kong to conduct a survey to gauge the public awareness and views of typhoon preparedness for Mangkhut. Findings of the survey were released today.

The survey showed that almost half (45%) of the interviewees taped windows to reduce damage and injury by broken glass which is the main precautionary measure taken by the interviewees when Mangkhut hit the city. Only 1% prepared for the power outage and 2% for water outage. 36% did not take any measure against Mangkhut. 55% agreed that typhoon preparedness information was easily accessible, with channels of information including newspapers and social media.

The survey highlighted that nearly half the interviewees (48%) expressing that they are not well prepared for water and power outage. On the day of Mangkhut, around 40,000 households, mainly those in the northern New Territories, Yuen Long and Sai Kung, experienced power outage, owing to the damaged overhead power lines. At three o’ clock in the afternoon of the day after the typhoon, 13,000 families were still without power. In some areas, power was not yet restored on 18 September. Mangkhut hit Heng Fa Chuen the hardest, at least eight apartment blocks experienced water and power outage.

Ms. Eva Lam, Director of the HKJCDPRI, pointed out that the public had not been aware of the possibility of water and power outage during typhoons. She stressed that Mangkhut has raised the public awareness on the importance of preparedness measures. Preparing a “Typhoon Preparedness Kit” is the most common disaster preparedness measure in neighboring countries with similar risks of typhoon. For example, during a power outage, radio is one of the most important channels of typhoon news. The kit should also include a torch with back-up batteries, food and drinking water.

In light of the survey findings and the experience of Mangkhut, and the predicted increase in frequency of extreme weather events, the HKJCDPRI suggested a review of the overall disaster preparedness and response infrastructure in Hong Kong, to improve on the current “one point of assistance” disaster response practice, i.e. citizens expect direct assistance delivered at the Government level as the only provider of assistance. While the Government has a leading role, it is incapable of doing everything and providing best localised solutions. Therefore, it is important to develop partnership in disaster preparedness at personal, community and societal levels. We are aware of the lack of public education in disaster preparedness for mobilisation of community resources for disaster response in a systematic and sustainable way. On an individual level, there should be improved disaster preparedness education; on a community level, there should be active engagement of different stakeholders, such as schools, corporates and local communities; on a societal level, we also require the technical support and promotion of community partnership in disaster preparedness from the government.

In a nutshell, the HKJCDPRI has the following suggestions:

The HKJCDPRI also invited Mr. Jimmy Yuen Hon Wing, a member of the Governing Board of the HKJCDPRI, to share his experience of the destruction brought on by Mangkhut and his evacuation. Mr. Yuen is the first and former Chinese bomb disposal officer of the Hong Kong Police Force. He lives in Heng Fa Chuen and he talked about the disaster scenes in Heng Fa Chuen, and his personal reflection on Mangkhut.

Furthermore, the HKJCDPRI launched the one-stop public disaster education website, “Choose to Survive”. Through interesting and interactive contents, it aims to raise the public awareness on disaster preparedness and response. 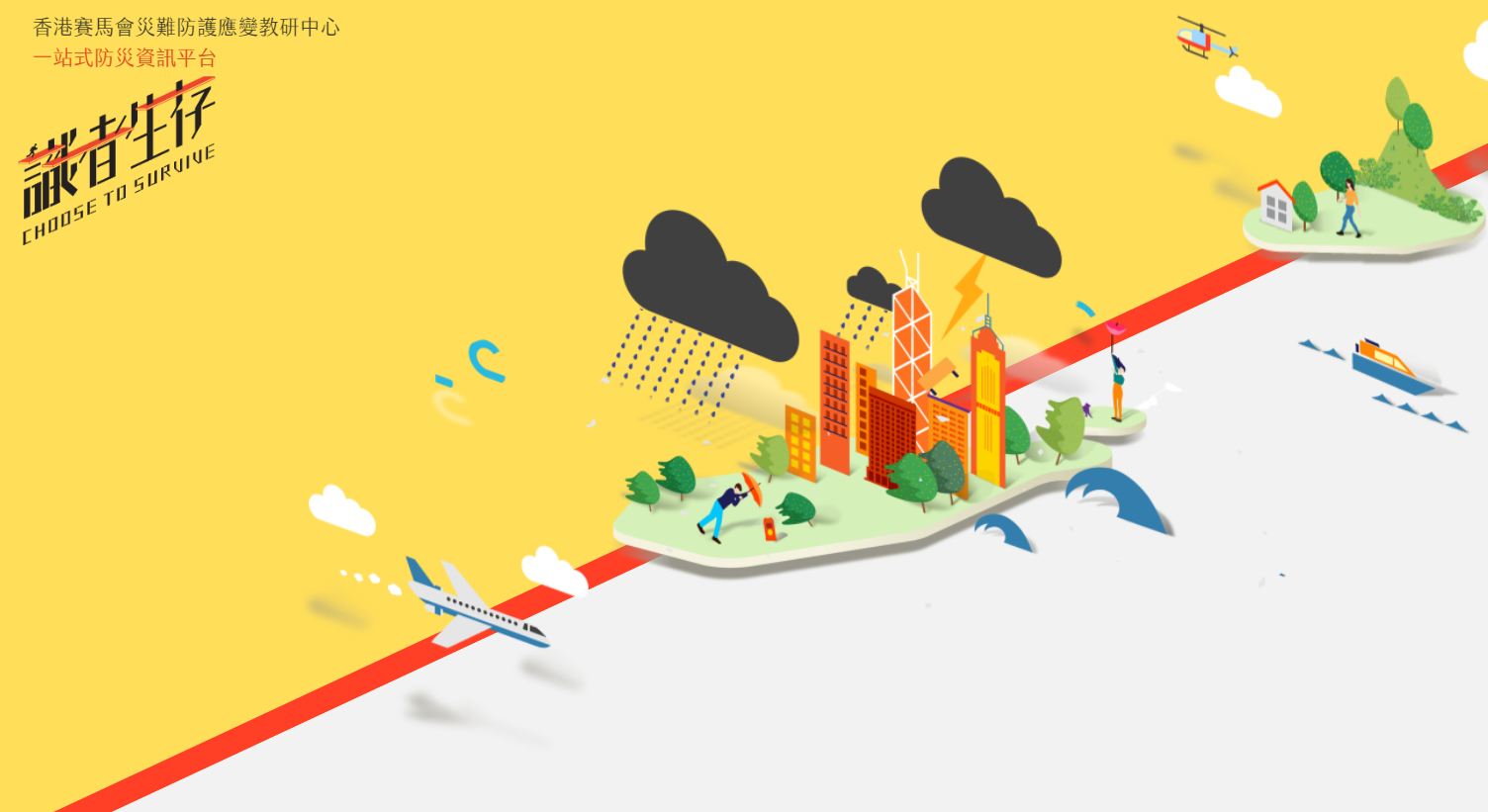 We will continue collaborating with different stakeholders in providing community education, to promote community engagement in improving public awareness of disaster preparedness; and through establishing a network of knowledge exchange, we aim to enhance community disaster resilience.

Funded by the Hong Kong Jockey Club Charities Trust, the HKJCDPRI works under the Hong Kong Academy of Medicine to enhance community resilience. We collaborate with the academia, healthcare professionals and members of the public and private sectors. Through professional trainings, policy exchange, research projects, public education campaigns and other initiatives, we establish a platform for knowledge exchange and engage individuals from all walks of life in disaster preparedness and response. 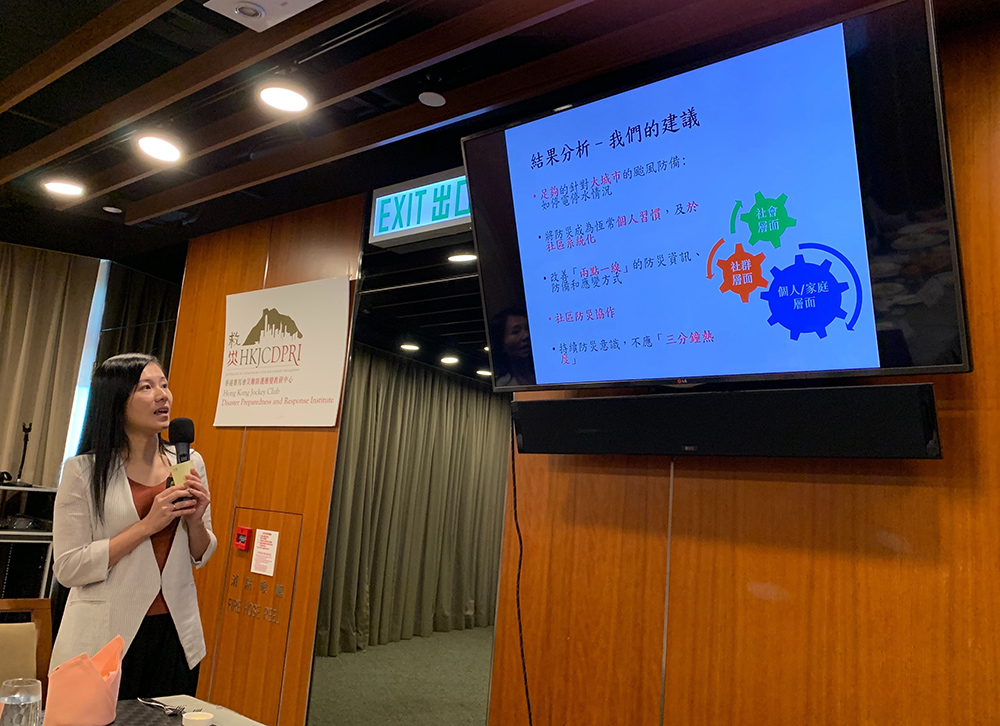 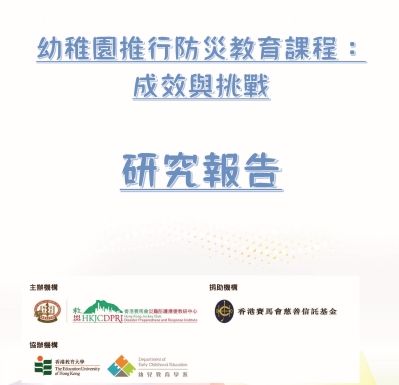 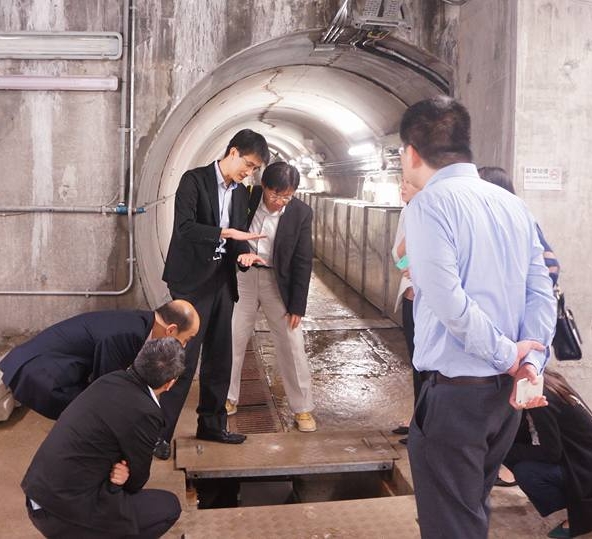