Home » elearning » The Surge After the Storm: The Impact of Hurricane Sandy on Hospitals in New York City

The Surge After the Storm: The Impact of Hurricane Sandy on Hospitals in New York City 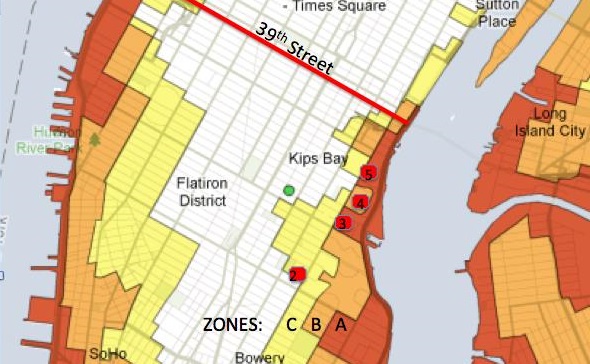 The Surge After the Storm: The Impact of Hurricane Sandy on Hospitals in New York City

As one of the efforts in promoting learning of best practices in disaster response, the Hong Kong Jockey Club Disaster Preparedness and Response Institute partnered with the FXB Center for Health and Human Rights at Harvard University (Harvard FXB Centre) to develop case studies based on real situations of past disaster and situations with emerging disaster risks.

Apart from the case study papers and knowledge assessment put in the website, teaching materials for tertiary level or professional learning such as in medical or public health schools and training courses for disaster practitioners, NGOs, policy makers, etc, are available upon request. Please contact hkjcdpri@hkam.org.hk for details.

Hurricane Sandy, a late-season post-tropical cyclone, affected 24 states in USA with particularly severe damage in New Jersey and New York. Sandy began as a tropical wave in the Caribbean on October 19. On October 26, Governor Andrew Cuomo declared a state of emergency for the entire state of New York. The Mayor ordered public schools to close on October 29, and those living in low-lying areas of NYC (Zone A) to evacuate.

Combined with the storm surge flooding and failure of emergency power back-up system, these led to the evacuation of New York’s landmark hospitals, including the NYU Langone Medical Center and Bellevue Hospital. Hundreds of patients in adult care facilities and nursing homes were also evacuated.

The estimated assessment of damage in New York City was $15 billion, including damage to homes, businesses, infrastructure, the healthcare system, and other areas of the city. In the weeks following the storm, the hospitals lost about USD 70 million per week.

This case study is suitable to be used as an exercise that can be customized to the geographic area of interest to classes with health background. Encourage the class to test various permutations of hospital shut-downs and route closures in their case-city to model impact on the affected and receiving hospitals, with attention to planning, immediate response and transfers, long-term surge capacity, and recovery.

This case-study focuses on the impact of Hurricane Sandy on New York City’s healthcare infrastructure. Most hospital disaster plans are focused on surge capacity - the ability of the hospital to respond to an influx of a large number of new patients. Seldom do hospitals practice evacuation of their own premises in entirety.

The case draws attention to the particular challenges of hospital evacuation, including the safe and timely transport of all patients but especially of their critical patients many of whom would be dependent on equipment requiring constant power. Most cities, even in the developed world, do not have a real-time census of inpatient and ICU beds across their hospitals, making efficient and rapid evacuation of an entire hospital a logistical challenge. Transferring patients to other facilities entails identifying a receiving facility, arranging safe and rapid transport, sending complete medical records, and often providing staff to care for the patients during transport.

Disclaimer: The views and opinions expressed in this case study are those of the authors and do not necessarily reflect the views of the Hong Kong Jockey Club Disaster Preparedness and Response Institute.